Pisa Cathedral: the Roman miracle made in Tuscany 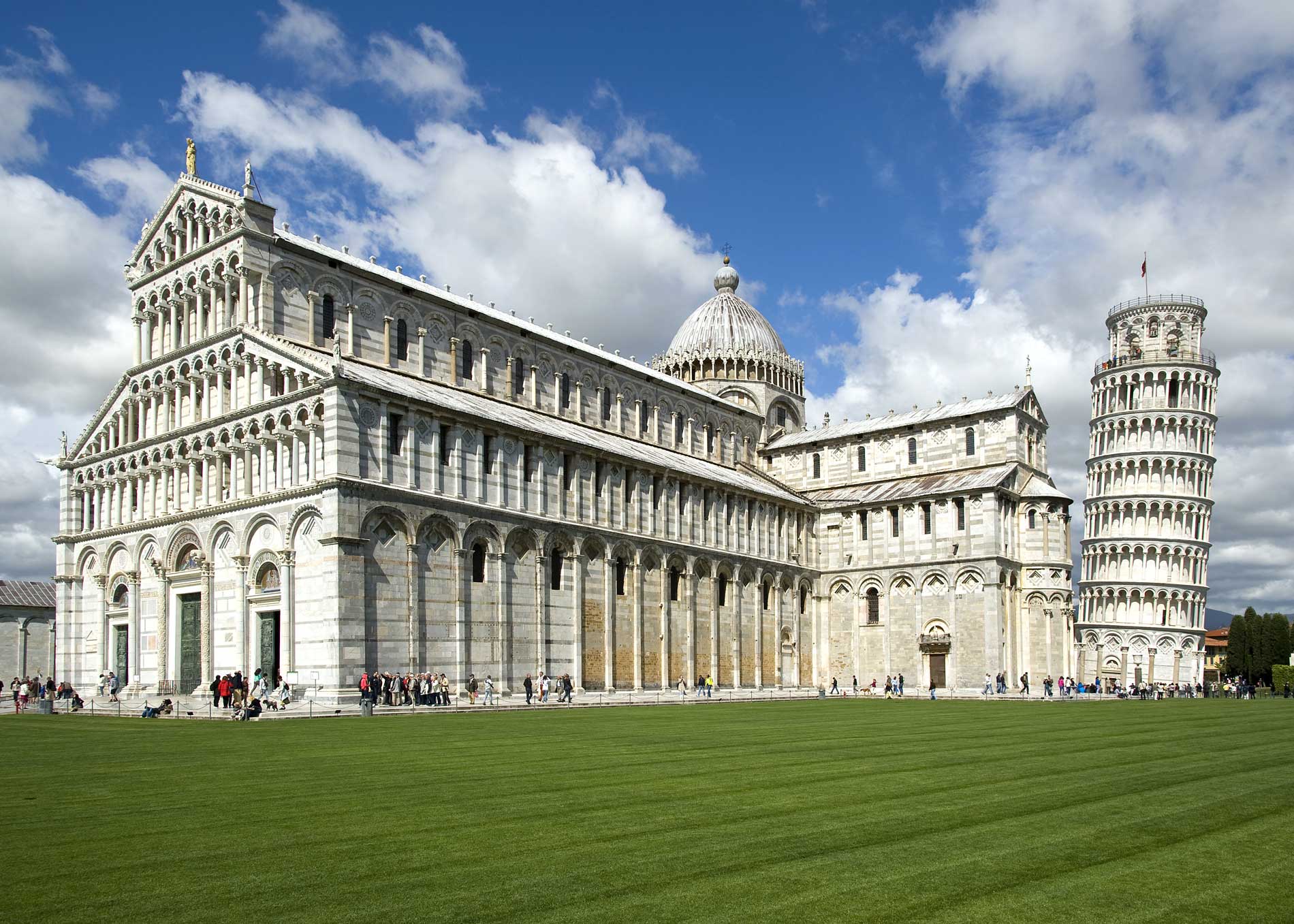 Founded in 1064 and consecrated with great pomp on September 26th 1118, the Cathedral was built in two stages, one by architect Buscheto, who created the original layout with the basilican body with four aisles and one nave, a transept with one nave and two aisles, and the dome on the cross vault, and one by Rainaldo, who extended the building and the façade. The building was not finally completed until the last quarter of the XII century, when Bonannoís bronze leaves were placed on the central door, which were later destroyed by the devastating fire of 1595, after which many of the destroyed works were replaced and a vast decorative plan was started.

The outer facing of the Cathedral is decorated in alternating black and white shades in stripes of Arab influence and a massive use of reused materials from Roman monuments that emphasised the greatness of the city of Pisa, “altera Roma”. Such decorative features as lozenges, a bronze griffon of Islamic manufacture on top of the roof, and other Oriental-looking features, such as the elliptic-plan dome, rooted in the Mediterranean culture of the city and the architect, add shape and colour to a monument that is as much extraordinarily new as it is ancient.

Inside, the nave is edged by two rows of monolithic columns made of granite from the Isle of Elba, flanked by four aisles separated by smaller colonnades with large womenís galleries on top, covered by cross vaults and looking out onto the nave through some double-lancet and four-lancet windows. The nave is covered by a wooden coffered ceiling that in the XVII century replaced the original exposed trusses. Rich and sumptuous are the decorations in the Cathedral of Pisa, the development of which is related to an often-troubled history marked by often-calamitous events that culminated in the fire of 1595. The only remains of the important commissions that completed the decoration of the Cathedral in the early 14th century are the mosaics on the apsidal conch – where Cimabue painted the figure of Saint John the Evangelist (1302 ca.), the new pulpit (1302-1310) by Giovanni Pisano and the disjoined sepulchral monument to Emperor Henry VII (1315). 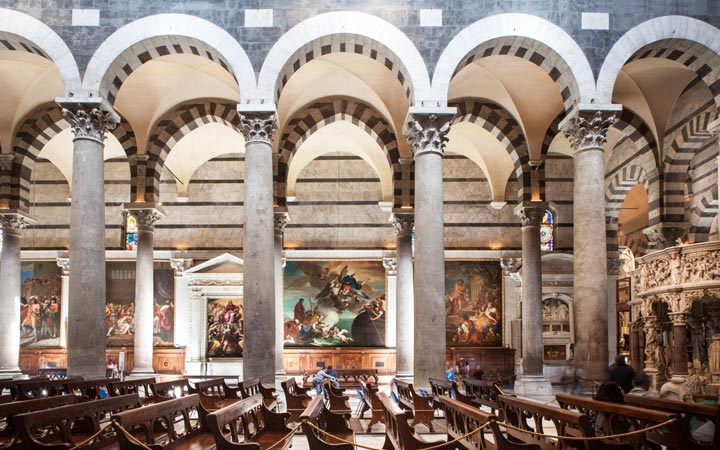 The restoration project started in September 2015 and it will be completed in time for the 950th anniversary of the Consecration (September 18th, 2018). The restoration concerns the whole test of the state of maintenance and preservation of the plastering of the dome and the side walls of the presbytery and the space under the dome. In particular measures will be taken to consolidate the detached plastering, to restore the pictorial display on Riminaldi’s dome and on the side walls, to stop the degeneration of the plastering with faux marble painting technique decoration in the central nave, acting on one section at a time. By the time the work is finished the church will return to its maximum splendor.
During the restoration interior sections could be closed, we apologize for any inconvenience and thank you for your patience.